Been getting back into the swing of drawing things again. When being so involved in a 3D digital world it's fun the break open the pencils and draw on paper. 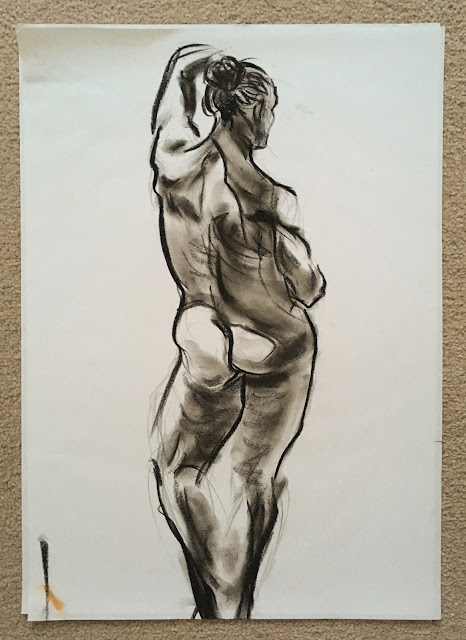 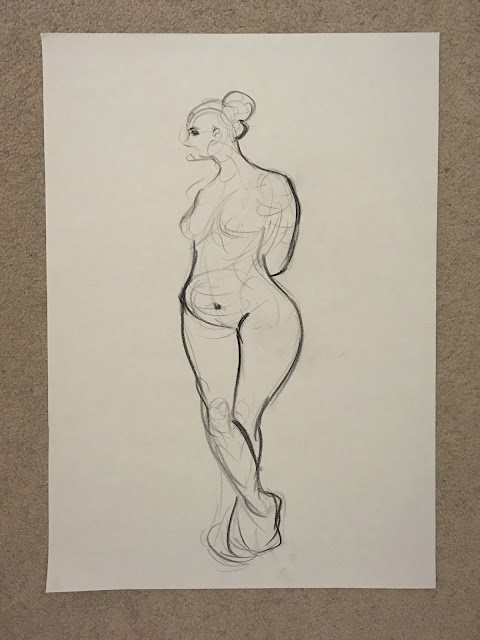 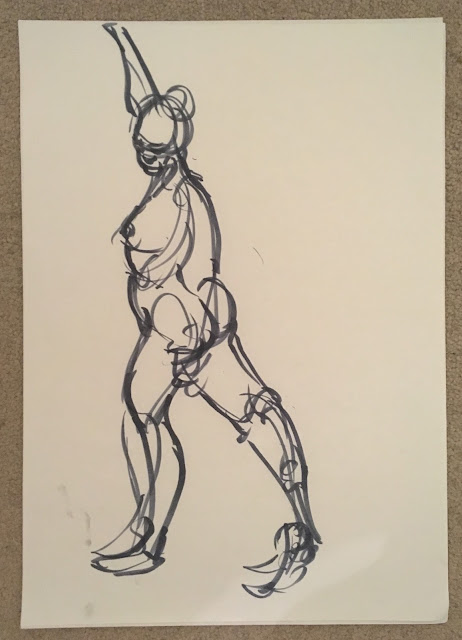 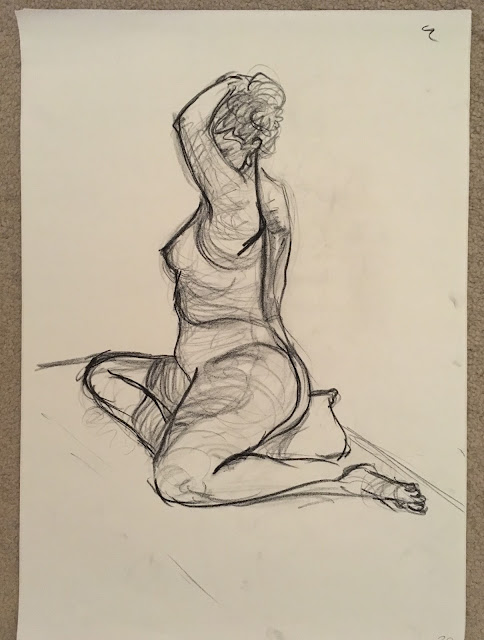 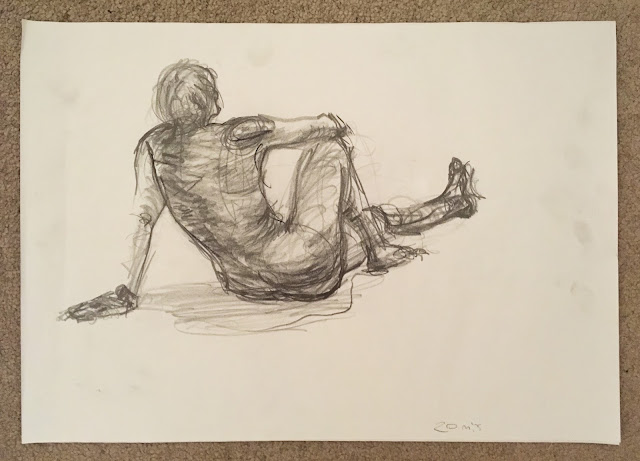 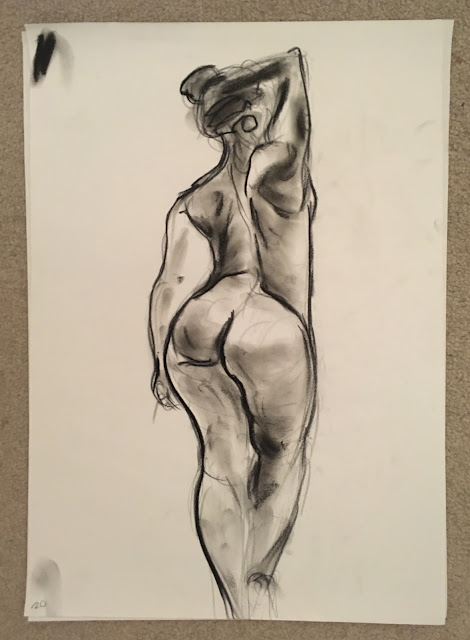 
Here's a new animation I've been working on in my spare time between Jungle Book and Thor Ragnarok. It's still in stepped at the moment so the spline stage will come next.


For this animation I really wanted to focus on animating visible thought process without dialogue. I like the challenge of communicating an idea or story without dialogue as it really helps me focus on what is important in a good animation.

I also wanted to incorporate a story into the animation. Rather than have a static camera and a full body acting shot it felt more interesting to build a whole scenario around this character trying to phone a girl.

I learnt a lot by forcing myself to work in a stepped mode since it's the workflow I use the least. It helped me focus in on the key poses but also figuring out more interesting breakdowns. We'll see how it translates once I've moved into spline.

Here's some notes I scribbled as I tried to think of a good backstory to my character that I was animating (hope you can read them!) : 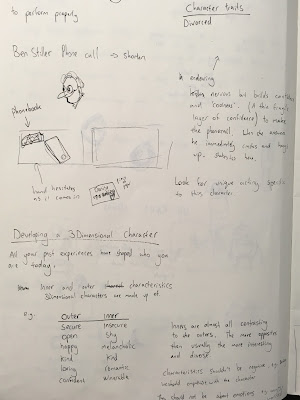 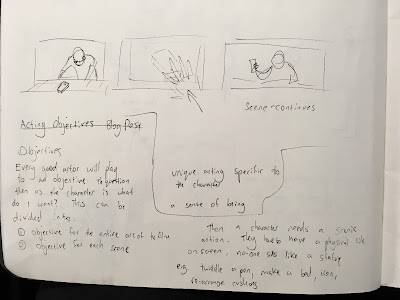 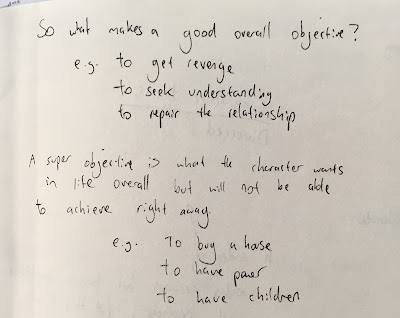 So far i'm happy with the block so will try and get this one finished as soon as poss!


I watched this old animation I did from two years ago. It made me laugh and wonder why I'd never published it before. So here it is:


Sometimes i think it's good to publish old work or even work in progress sometimes.

Behind The Scenes - Making an animated film 2016

Throughout the last year of uni I thought it'd be fun to film a "Behind the Scenes" movie about us making our short. Just some fun but i'm quite pleased with how it turned out :)


Behind The Scenes - Making an Animated Film 2016 from James Saunders on Vimeo.
Posted by Unknown at 13:05 No comments:

So, it's been a while since my last personal animation project but i felt like the time was right to do another one again. It's been tough to find the time alongside work but i'm having a lot of fun! Hopefully it will be finished soon and look half decent.

I began as per usual by sketching out some ideas and then filming some acting reference. Once I was happy with my performance I blocked out the shot in maya. However, there was a particular part of the scene where my character just felt really off. The performance wasn't as clear as it needed to be. Since I wasn't sure how to approach the issue in maya I began to explore more options through thumbnailing.

The result was the picture below: . 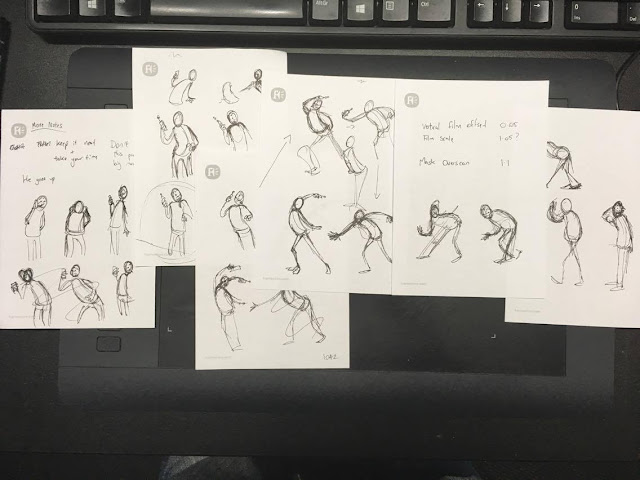 (the animation reads left to right too)

I thumbnailed an exaggerated version of my reference which really helped my understanding of the mechanics and the performance that I wanted to achieve. Now I could have done this in maya but it would have taken an awful lot longer.

I took these exploratory thumbnails and then re-blocked it into my scene. The result turned out to be a bit too exaggerated but that was okay because it's much easier to tone down an exaggerated animation than ramp one up. Anyway, this thumbnail process is very helpful and I highly recommend it for people to use it in their projects too!!
Posted by Unknown at 17:01 No comments:

When it comes to the principles of animation I feel like most people can grasp the concepts behind them pretty easily. After all that's the way objects move in real life. Overlap for example; objects at rest tend to stay at rest and objects in motion tend to want to stay moving. When an elephant stops walking, his trunk will swing forward and then back again. Simple! Or so i thought...

The other day at work I was trying to animate some tentacles moving around and overlapping. As I was struggling away my friend and colleague sat next to me (Kayn) saw what I was doing and decided to give me an old school Disney lesson in overlap. Which went as follows:


He handed me a sketch which looked like this one below: 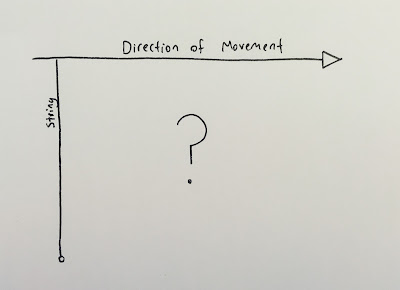 He then asked me what would happen to the string if the top were to start moving to the right, as if someone pulled it. I drew this... 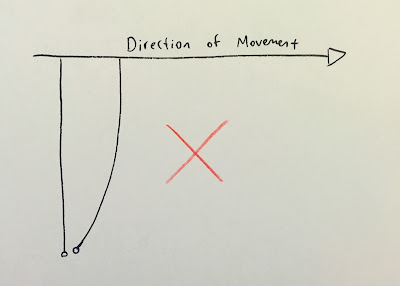 Though this felt like the only solution it was in fact incorrect. In my mind I thought "well the end of the string will want to stay at rest but I suppose it will have to move a bit". Well yes that is true but it won't look like the above. It will in fact look like the diagram below: 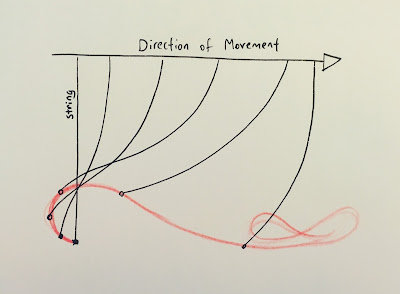 The end of the string moves to the left!! My mind blew up a little bit at this point. As the string is pulled it's height shortens causing the end to move up and left. Try this at home now by holding a pencil at one end and moving it right rapidly. The end will drag left first.

It also gives us this really wonderful S curve and curve reversal in the end of the string. This S curve appears again if the string were to stop moving too.

As Kayn corrected my drawing like the one above I could finally understand why my overlapping tentacles weren't looking too hot. Even though i felt like I grasped the concept of overlap, I didn't really understand it. And that's where the difference is. So, time to revisit all the principles and really understand the secret mechanics of them all.


The past couple months Framestore have been running life drawing classes in the evenings. Even after a long day of animation on the computer it's really nice to break out the pens and pencils and draw for a couple of hours. The drawings below are from a session where I just used pen. I did this to just mix things up a bit and force me to commit to my lines. The classes too really helped my animation as it trains the eye to be more analytical and precise when studying movement. 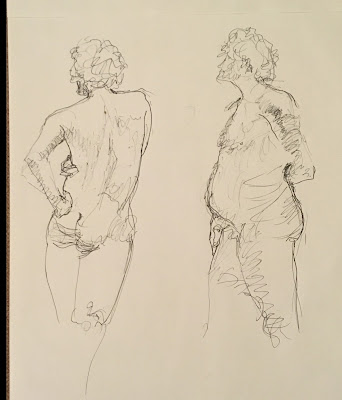 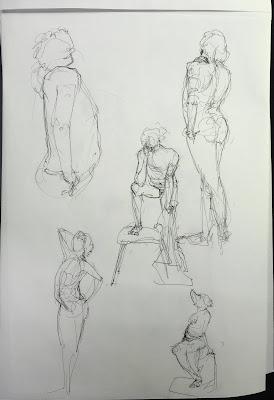 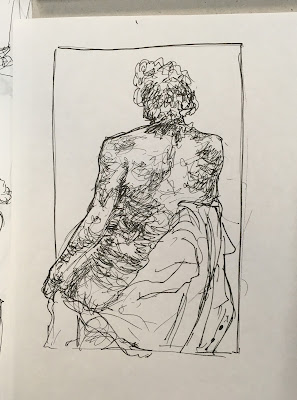 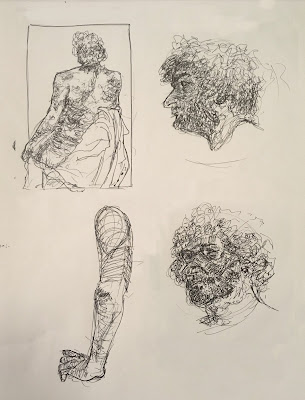 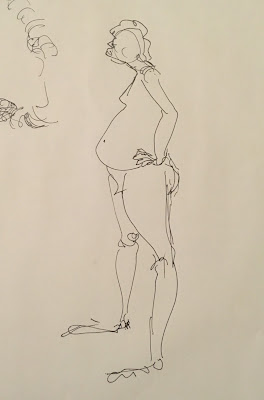 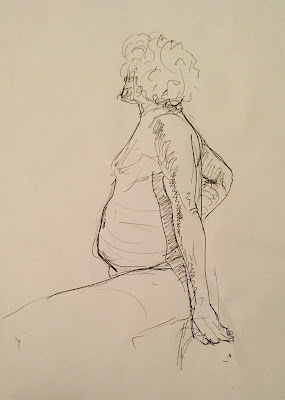